Arjun Rampal is pissssssssed!! And he totally should be. Few days back, several media houses reported how Arjun and his wife, Mehr were going to file a divorce. The rumours started floating across the internet (not by us of course) when some people said that the couple were seen at the Bandra court. However, that was not true at all. He was actually there for his friends Marc Robbinson and Wallucha.   Naturally, Arjun is quite pisses at the tabloid media for publishing the false story. So he took to Twitter to air out about his frustration. Here’s the series of tweets that he posted : 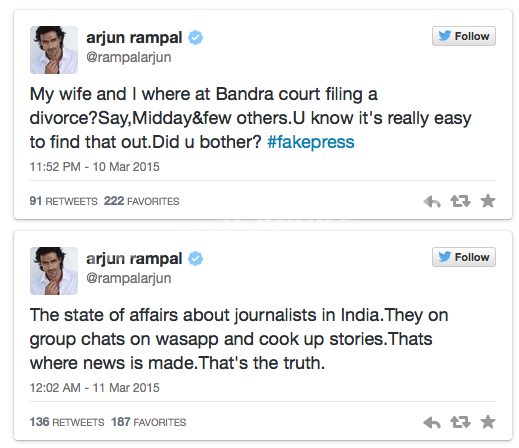 Thanks for ruining it for the rest of us!